On the evening of October 1, 2017, another bear casualty incident was reported to the National Network of Florina-Thessaloniki, at the height of the "Kleidi" Amyntaio site. The driver of the vehicle, who was well in his health, stayed at the site and called the traffic police, while the unlucky bear, about three year old and weighing 130 kilos, was instantly killed.

Immediately after the driver's call, traffic police hastened to the site of the accident to facilitate the movement of other vehicles. ARCTUROS and KALLISTO were informed by the Forestry Department of Florina and rushed to the spot together with representatives of the Forestry Authority of Florina.

It is worth mentioning that this is the 13th bear casualty incident in this area of the local road network since 2003. The problem has arisen since 2012 through ARCTUROU's research program for the protection of brown bear and its ecosystem according to which warning signs and special reflectors were placed and a scientific study on the genetic flow of bears in the area was carried out. In addition, a meeting was held with Egnatia SA concerning the treatment of road accidents involving bears in the area and the new planning of the road.

At the same time, in the framework of the LIFE AMYBear project "Improving the coexistence of man and bears in the municipality of Amyntaio", and following the recommendation of KALLISTO, the installation in 2018 of additional special signage and warning signs for drivers in the most dangerous parts of the national and provincial network of the Regional Unit of Florina with emphasis on the Municipality of Amyntaio. The Municipality of Amyntaion, the Decentralized Administration of Epirus-Western Macedonia, the Kallisto Environmental Organization and Lever Development Consultants SA take place in the project.

Although this area is known to be an important natural passage for wildlife, this section of the new highway continues to be unrestrained and many drivers continue to move at high speeds, increasing the chances of an accident. That is why KALLISTO and ARCTUROS once again call for measures to reduce the chances of a new car accident: 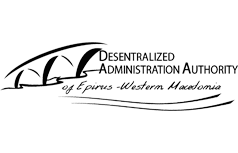